Adnan and Natacha met in San Francisco in 2017 and now live in Paris. Here’s the story of their trajectory and how it led them to become the team that is PinkBus.

Adnan was a young boy in Yugoslavia 1992. He left his home, watched his country implode, and spent the next 6 years in Turkish refugee camps. He was too young to fight, too young to be an active participant. All he could do was observe the mistakes of the adults and the incompetence of the timing of the world charity organizations.

Natacha was living in San Francisco in 1992, raised amongst 2nd generation hippies, her biggest trauma was the AIDS epidemic. She was riding the first Internet wave of the mid-1990s.

While living in Turkish refugee camps, Adnan’s first young adult worry was how to live in a world without men. He was caring for the women in his family while helping them find a country of residence. Natacha was building the first wave html websites and imagining along with the future early founders of the first search engines. She was imagining a world of peace without borders. 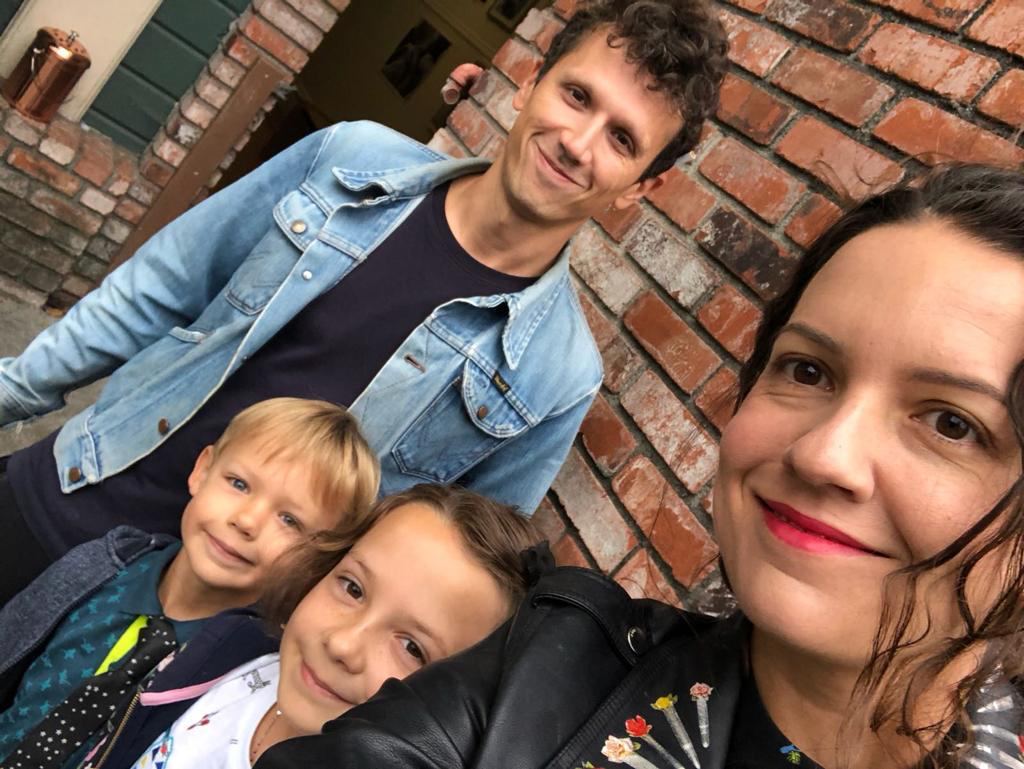 By the early 2000’s, Adnan finally had a country, the USA. He dove deep into academic studies of all things war, eventually leading him back many times to his home region in the hopes of understanding the forces that lead nation-building and its transformative effect on individual psychology and culture. This led him to obtain multiple degrees, and a PhD in Interdisciplinary Critical Social Theory. Theory would one day become applied.

Adnan attained multiple accolades for his academic research, and by 2007, he turned his focus on the immediate problem of radicalization and populist attraction to nationalism and fundamentalism. Natacha, after her early financial success, searching for meaning and appalled by the rapid environmental catastrophe, pursued her first university degree in Evolutionary Biology. She had lost hope that an interconnected world, the very technologies that she helped create could be used for good; having exhausted her fascination with human sexuality she dove deep into other species-reproduction and protection.

Deeply invested in the application of psychosocial theory, Adnan would spend the better part of the next decade living off the grid, immersed in research and development of state and academic capacity for deeper engagement with psychology during war. That is, he chased ways to actually apply these theories on the ground in the treatment of people in times of war.’

Natacha, having returned to Silicon Valley, became fascinated by rapid wealth accumulation and how wealth is redistributed to charity. She worked as a venture capitalist for a virtual reality and augmented reality firm. Her day-to-day experience was of the very wealthy who all told themselves that “One day I will use my wealth for good.”

Adnan cared about the human; Natacha, the environment. By the time they met five years ago his strength and her disillusionment-fueled-clarity came together. They would combine their polarities to create a holistic, macro and micro analysis of the world and how to navigate modern society to achieve impact on history.

Adnan and Natacha met in 2017. Adnan became a sudden step-parent. Natacha now had a life-partner with a skill set that complimented hers. Natacha had the dreams, Adnan had the know-how. The collision of history is embodied in their experience, and relationship. During the Covid years, they started a public foundation to reveal the mysteries of the rapidly disappearing tiny organisms that we rely on to survive as a species.

Now living in Paris, the world suddenly changed with the Russian invasion of Ukraine. Everything Adnan had experienced and studied rose to the surface. And the real possibility of helping– not just surviving a war in his motherland–became their priority.

With the Compound Eyes foundation in place, and Natacha’s deep ties and know-how of fundraising and startup culture, was now combined with Adnan’s rage of what he remembered as utter incompetence of NGOs. They gave birth to the PinkBus initiative.

On the Day 4 of the Russian invasion of Ukraine operation PinkBus was born. And this is where we start the real story….Everything from this point on what was and continues to be led by the Ukrainians themselves. Adnan and Natacha took their instructions from them, putting Adnan’s operational intelligence and Natacha’s financial resources to use as they need. Operation PinkBus is based on what Adnan knows Yugoslavians, he and his people, would have needed: the ability to decide themselves how to use international aid. 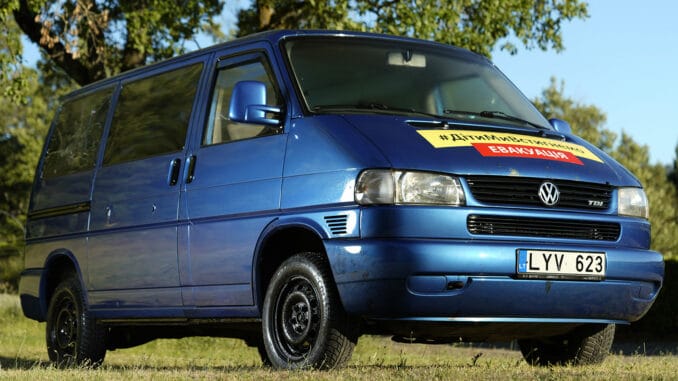 This is the story of the most valuable VW minivan in all of history.
March 1999. A 1999 T5 VW Caravelle van was bought by a family in Sweden for $30,990. We can speculate that they used her to enjoy the freedom...
More